Oil prices fell to their lowest levels since January last week as trade war fears returned. Energy stocks fell in sympathy and remain one of the weakest sectors heading into the new week. Today we’ll analyze the downside reversal and identify three energy stocks to sell.

The easiest way to spot the bears’ emergence in oil stocks is by using the Energy Sector ETF (NYSEARCA:XLE).

We saw downside momentum surge during last week’s whack suggesting the downtrend should have staying power.

Volume surged alongside the slide revealing mass distribution and an environment where rallies should be suspect.

The mid-week recovery was cut short ahead of the weekend.

Friday’s bearish reversal candle is seeing follow through this morning making now a prime time to deploy short trades in the sector. 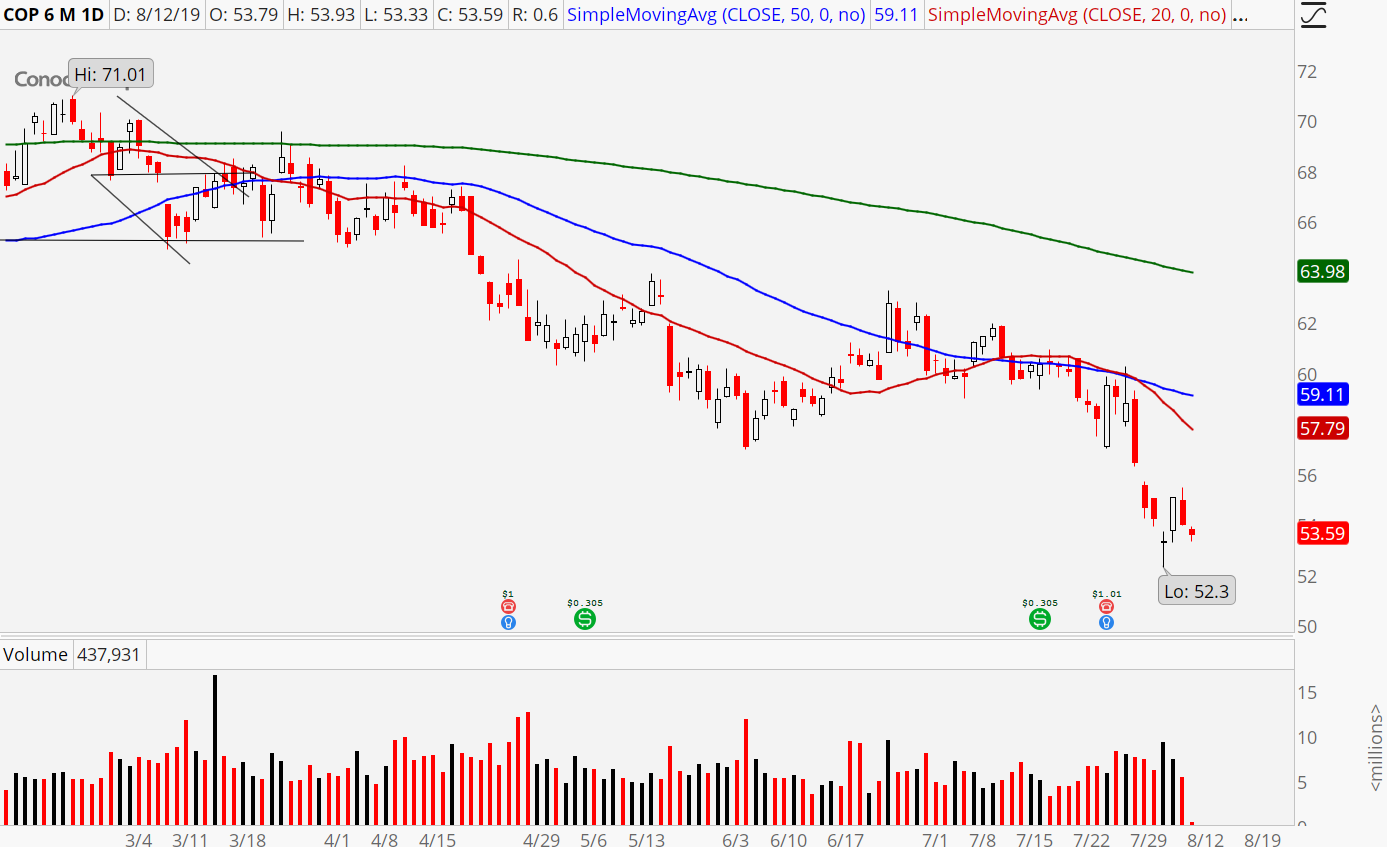 ConocoPhillips (NYSE:COP) carries one of the best characteristics for bearish candidates: relative weakness. This year’s descent has far outpaced the energy sector making it one of the weakest large-gaps in the space. Last week’s plunge pushed COP stock to a 52-week low, and it’s now down 14% year-to-date.

Thursday’s rally was quickly reversed on Friday showing just how fast sellers are to reject any strength. With all major moving averages pointing lower and buyers unable to muster together more than a one-day rally, the path of least resistance remains lower. 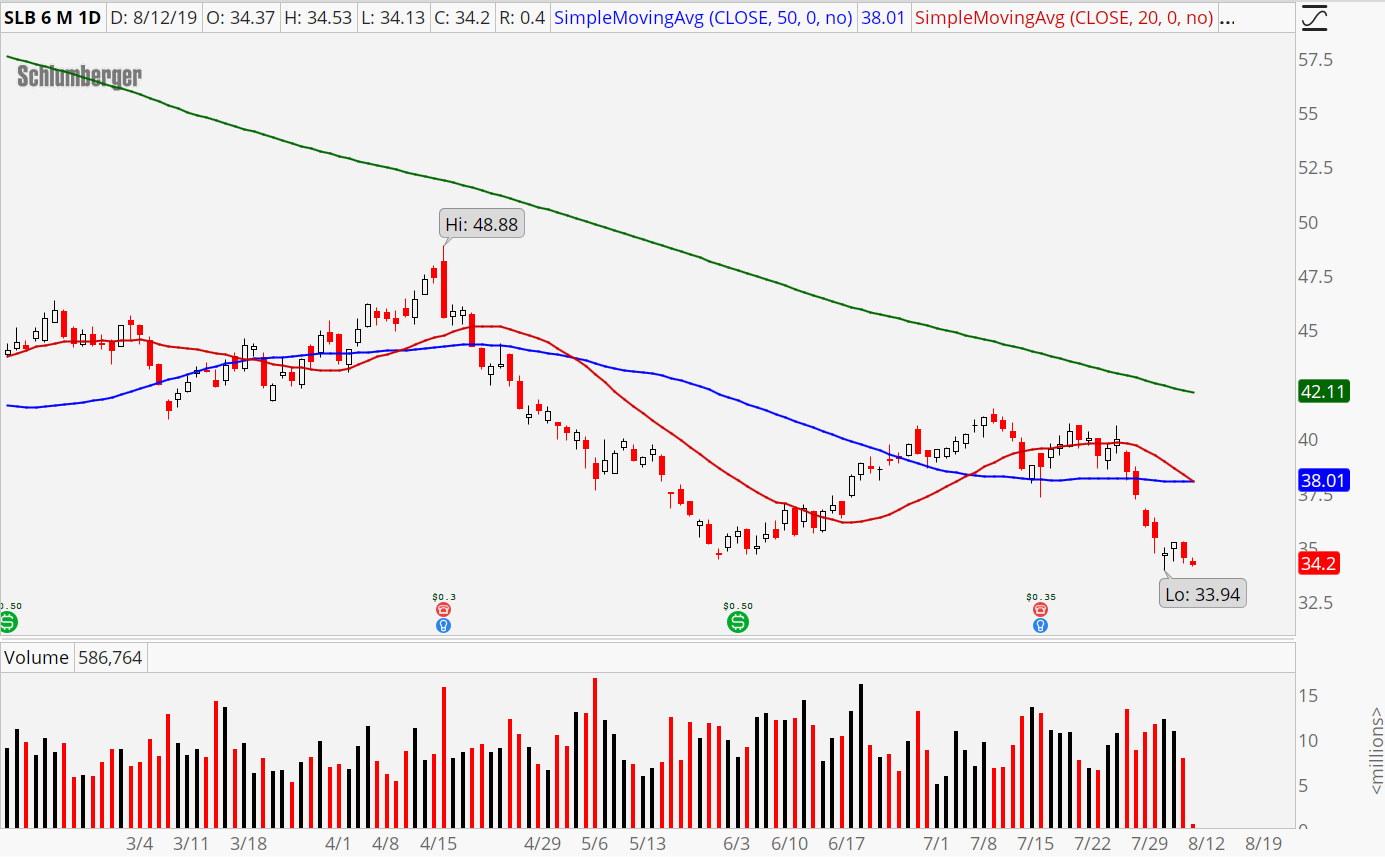 Schlumberger (NYSE:SLB) also slipped to a 52-week low last week and found itself down 5% year-to-date. While the damage isn’t as severe as what we’ve seen in COP stock, SLB remains in a secular decline with countless failed rallies. Thursday’s rebound attempt was pathetic and rapidly reversed by Friday’s slide.

I see zero reasons to be bullish here or fight the trend, which is pointing lower across all time frames.

Implied volatility sits at a lofty 40% or the 56th percentile of its one-year range so short premium plays are attractive right now. This should allow us to build a cash flow trade with robust metrics. 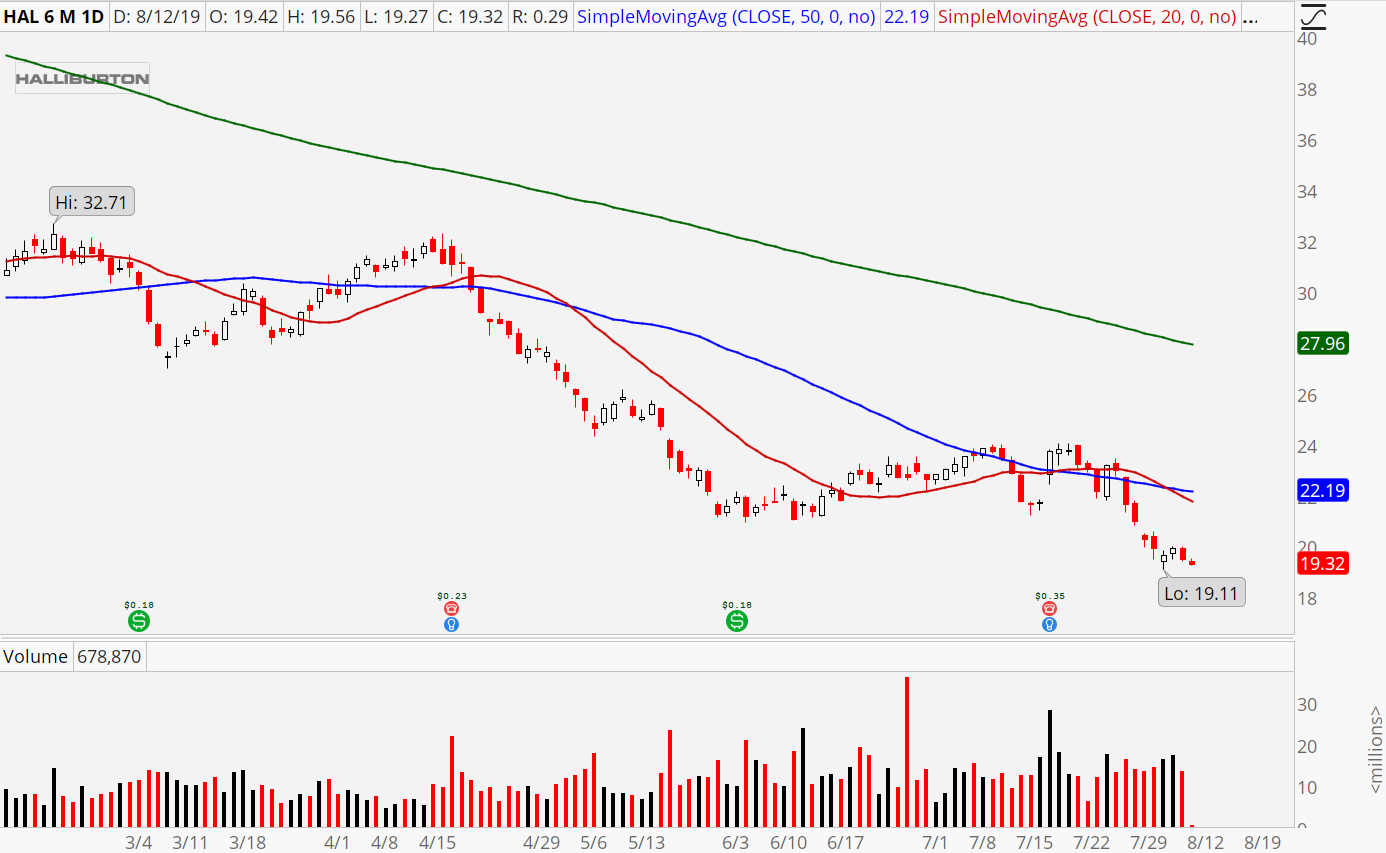 Halliburton (NYSE:HAL) rounds out our trio of bearish beauties. From a performance perspective, it’s the worst of the three with a year-to-date loss of 27%. It has been poison to portfolios. Last week’s oil drop didn’t just push HAL stock to a new 52-week low; it knocked to its lowest level since 2009.

As you would expect with such atrocious performance, everything on the chart points to lower prices. The trend on all time frames is cruising lower, moving averages are falling, and relative weakness has followed the stock like a hellhound.

Implied volatility is sky-high at the 77th percentile of its one-year range. To combat the expensiveness of option premiums, spreads are a must.