The markets were resilient through the first few hours of trading on Thursday. Investors brushed off the volatility from the prior session and stocks were posting strong gains on the day. Then, President Trump opted to tweet about raising tariffs, sending algos and investors into a fit of selling. Let’s look at a few top stock trades for the day. 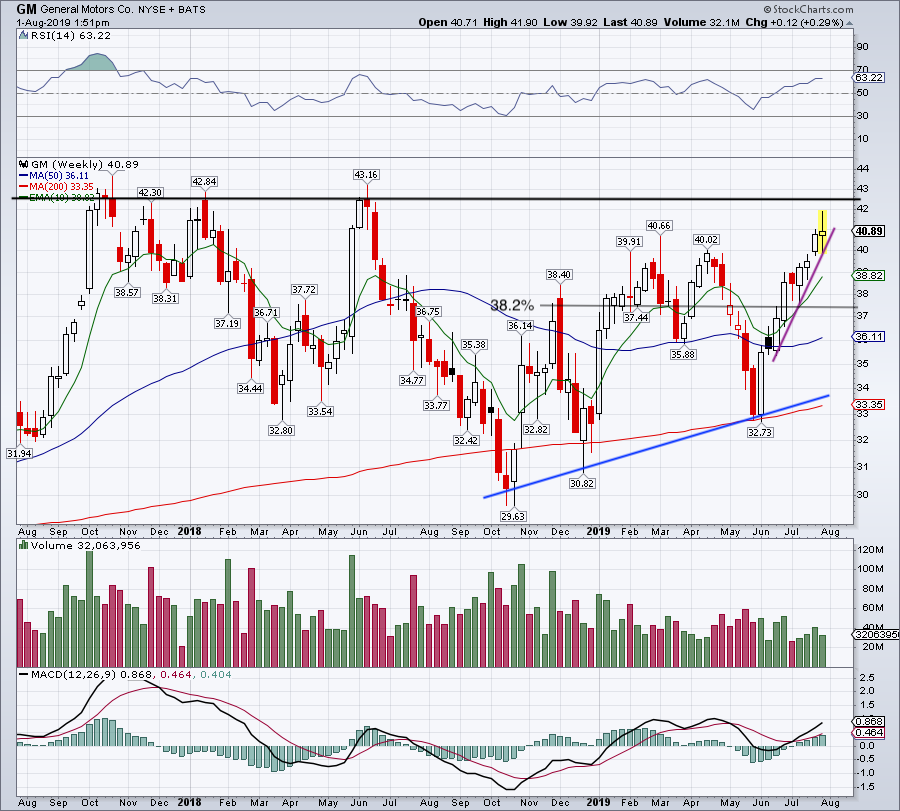 Shares of General Motors (NYSE:GM) hit new 52-week highs on Thursday, before giving up its gains on tariff concerns.

If GM can maintain this steep, short-term uptrend support level (purple line), then bulls may see a test of long-time resistance near $43 in the not-too-distant future. 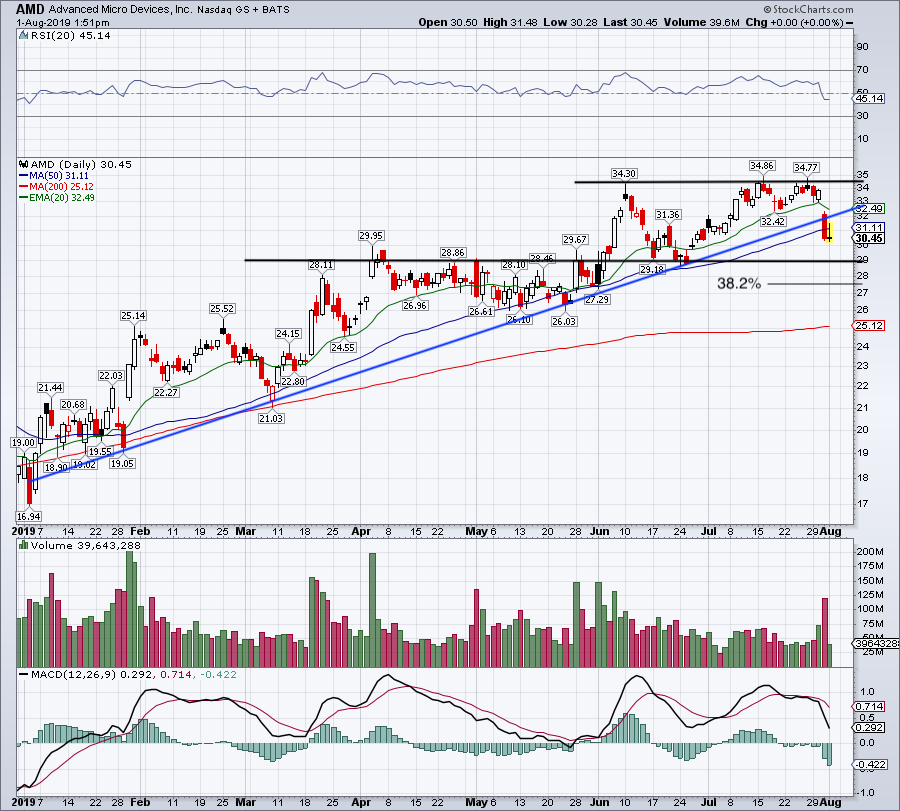 It was a great day for chip stocks, then it was a horrible day. A solid earnings report from the company below, plus commentary from its management that the memory market has hit a “trough” sparked a rally in the semiconductor space.

You can see in Thursday’s candle, AMD briefly reclaimed its 50-day moving average.

That set the stage for a rally back to the 20-day moving average at $32.50 and gave the stock a chance to repair some of Wednesday’s post-earnings technical damage that was exacerbated by the Fed.

Now below Wednesday’s low, the prior breakout level near $29 is on the table. 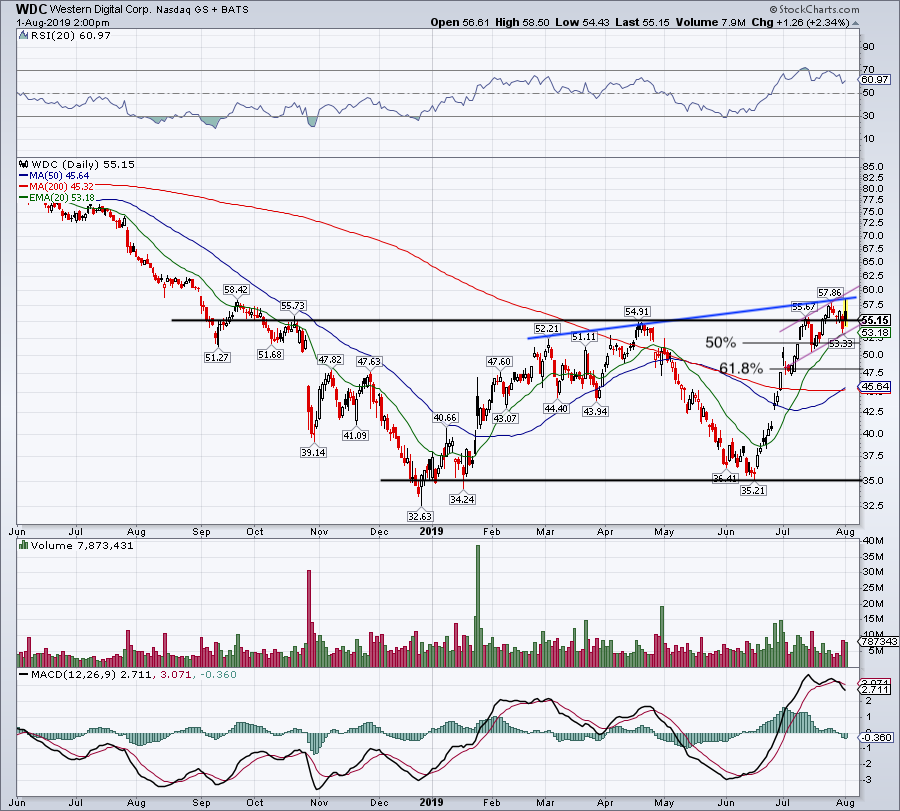 Western Digital (NASDAQ:WDC) was up more than 6% at one point on Thursday, even though the company missed on earnings and revenue expectations. However, positive commentary about the future inspired buyers to step up.

They’re paying the price now. Should the stock lose short-term channel support (purple line) and the 20-day moving average near $53, a larger pullback could ensue.

Semis are getting whacked on this tariff news, so it’s possible WDC and others come under further pressure. If Fibonacci support can’t buoy Western Digital at $52.13 or $47.81, perhaps the 50-day moving and 200-day moving average can, with both currently near $45.50. 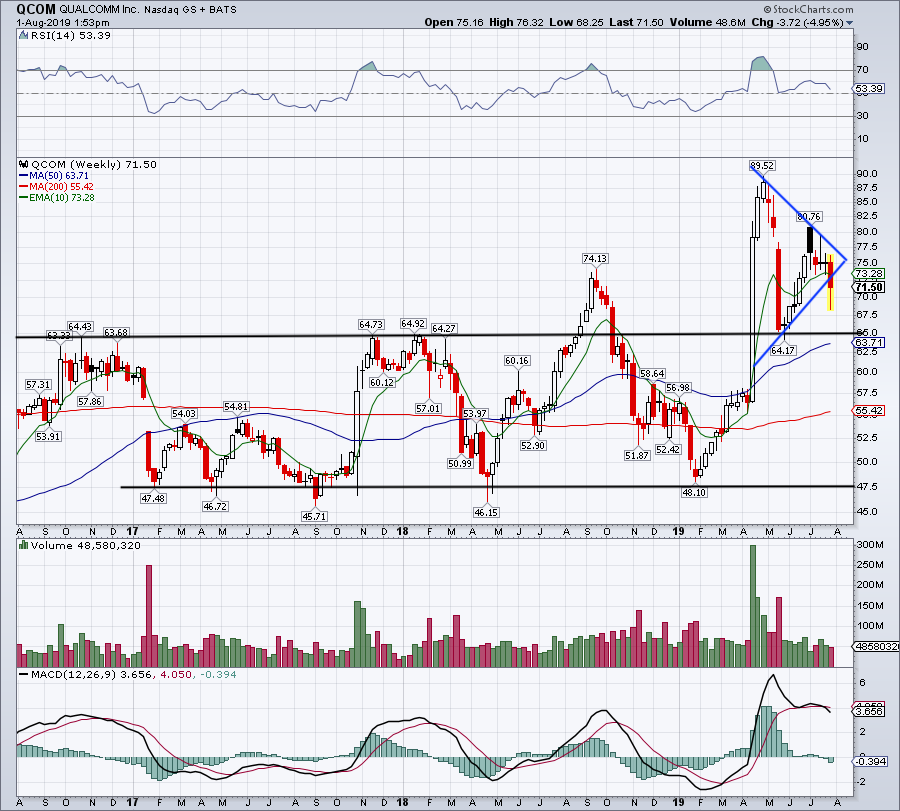 Another name hurting on Thursday is Qualcomm (NASDAQ:QCOM), which also reported earnings. So far though, the stock hasn’t taken out its opening lows, which are up near $68.25. If it does, look for a washout down to $65.

If there’s a rebound in tech and specifically, the semi space, there will be better plays than QCOM. In fact, on a prolonged pullback, there will also likely be better candidates than QCOM. 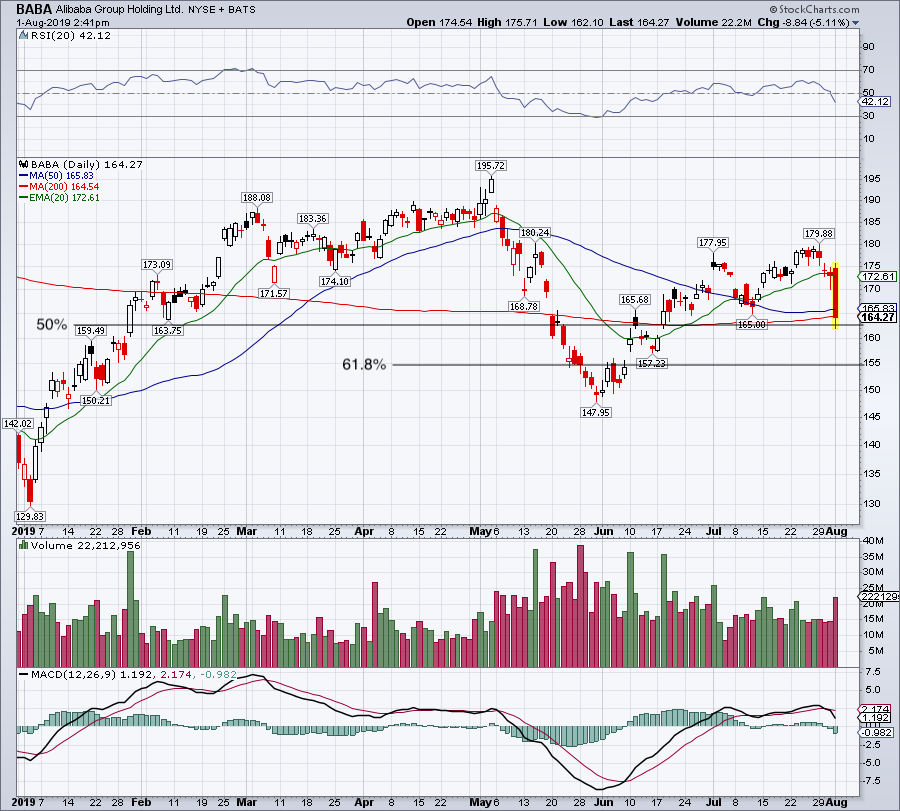 Alibaba (NYSE:BABA) was hammered on Thursday, falling more than 5%. The stock may attract some buyers, but I would be leery. At least until the dust settles.

Let’s see how this one ends the week. So far, it’s holding its 50% retracement at $162.75. If it can reclaim its 50-day and 200-day moving averages, bulls are still okay, technically speaking.