Wednesday’s awakening in small-caps and the S&P 500’s tagging of a new high continues to fuel optimism among traders. As such, shopping for stocks to buy on dips remains a compelling idea.

Tack-on an expected rate cut out of next week’s Federal Reserve meeting and an earnings season that has thus far sidestepped any disasters from market-leading stocks and we have an environment that continues to support a bullish bias.

Besides, success on short trades has been elusive for all but the nimblest of traders this year.

Sure, sellers clinched a victory in May, but the rioting was quickly put to rest when buyers returned in mass to propel stocks to new highs.

I’ve scoured my watchlist and found three compelling dip stocks worth betting on. 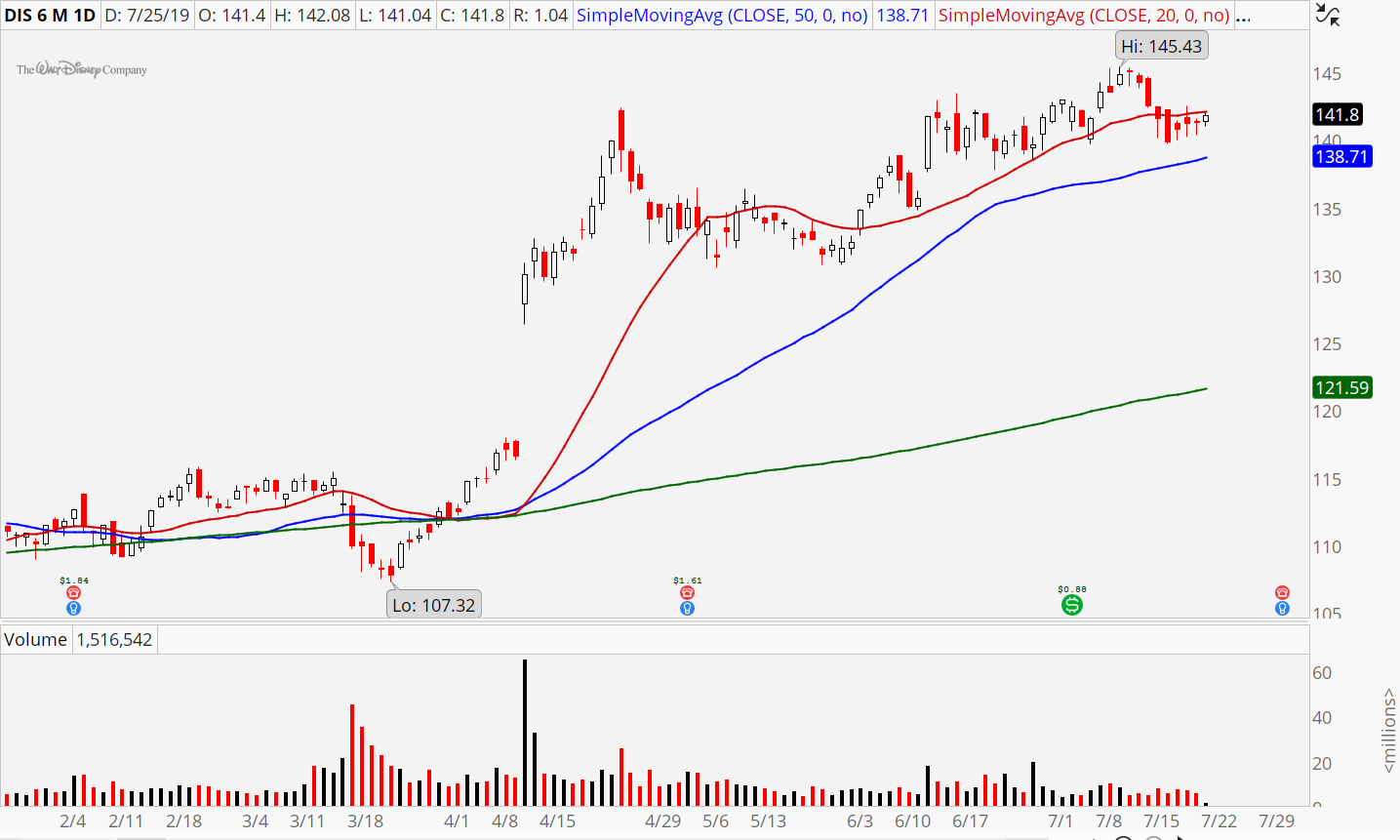 After pole-vaulting higher in April on the Disney+ unveiling, DIS stock has settled into a more sustainable uptrend. The gradual ascent has clung to the 20-day moving average. And although we’ve seen a fair bit of chop along the way, the series of higher pivot highs and higher pivot lows remains intact.

Last week’s retreat created a lower-risk entry point for spectators looking to enter the fray. The past three days of doji action signal a stalemate at current prices, but I think we could see a run-up into the earnings release scheduled for Aug. 8.

If you agree with the bullish bias, then consider deploying long call or call spread plays. Buying the Sep $140 call or the Sep $140/$145 bull call spread are both direct ways to bank on upside follow-through. If you can grab a modest profit ahead of earnings, then you might exit beforehand to avoid any giveback if the company disappoints. 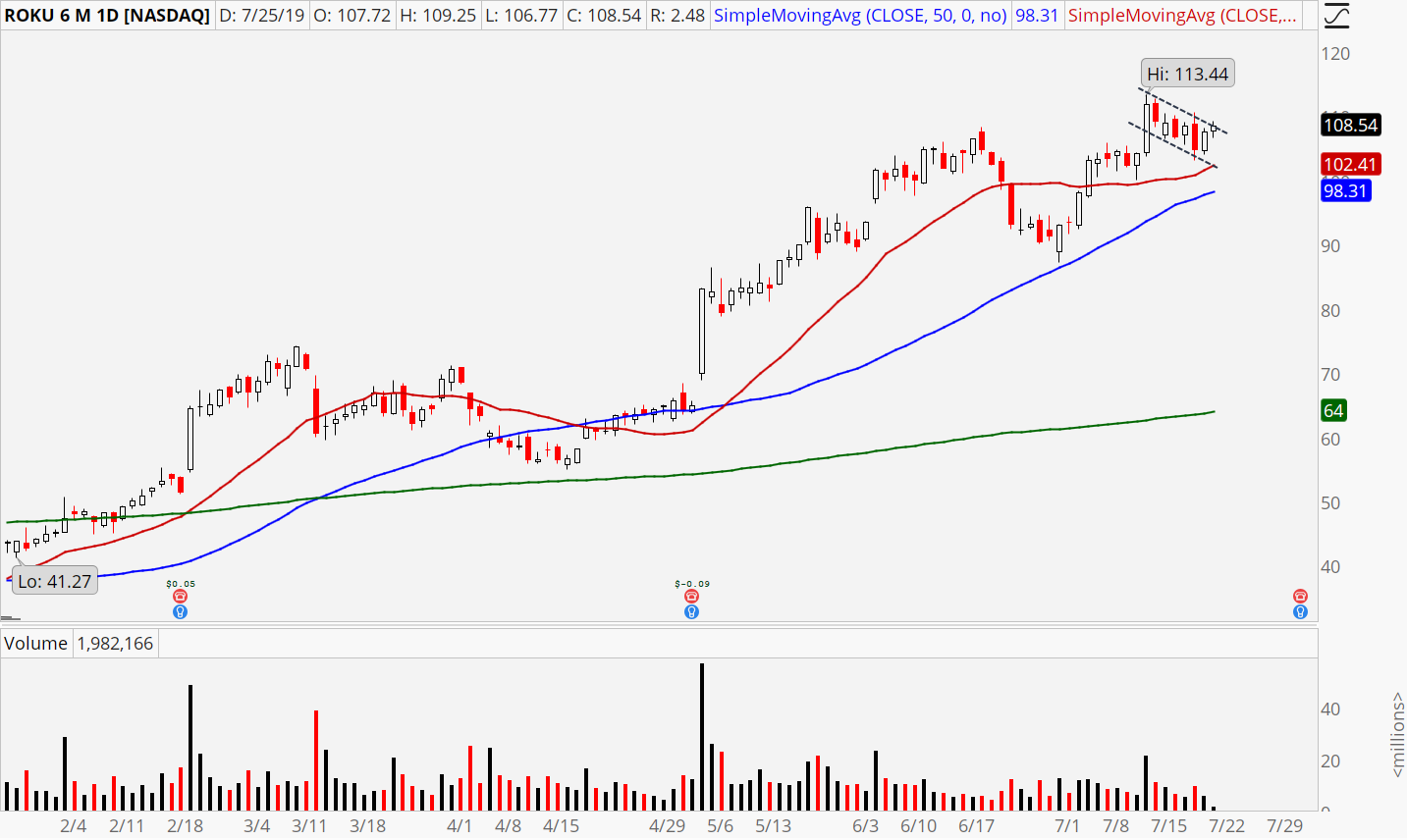 Roku may be 2019’s momentum stock of the year. Its ascent has been powerful, prolonged and consistent. Short of one hiccup in April, ROKU stock has been trending above its rising 50-day moving average. Earnings announcements have been a powerful contributor with powerful rallies emerging after the past two quarterly reports.

The next release looms on Aug. 6, and similar to Disney, I think we could see a run-up ahead of it. Part of what catches my eye right now in ROKU is the orderly bull flag pattern formed over the past week. The high volume breakout on July 16 and ensuing low volume pause is creating a pretty pausing pattern that looks primed for an upside move. 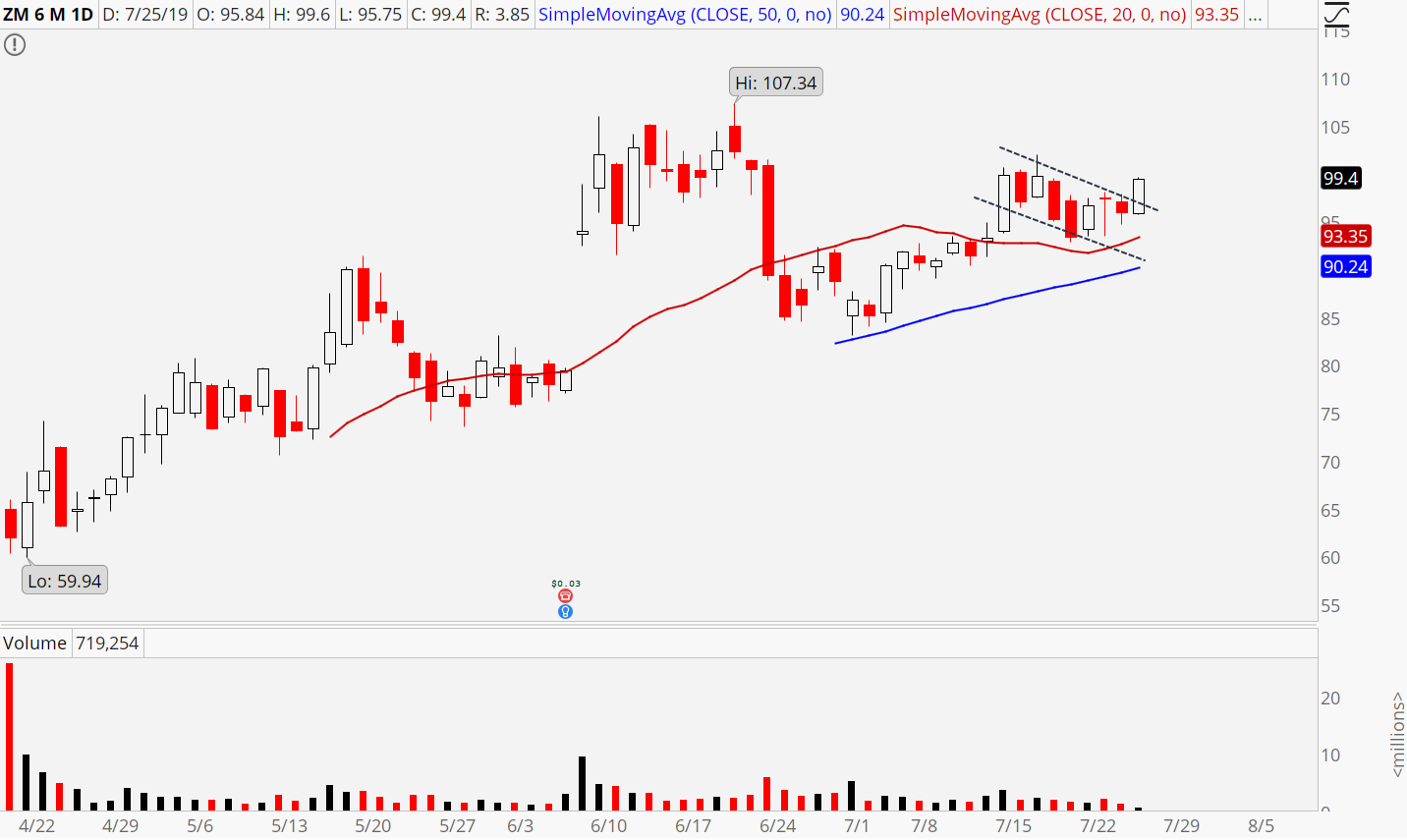 Our final pick for dip stocks has carved out a nice uptrend since its April IPO. Since its opening print of $65, ZM stock has climbed 50% to its current perch just under $100. The 20-day and 50-day moving averages are both trending higher to confirm buyers’ control of the short- and intermediate-term trends.

The price action following July 15’s high volume jump has mirrored that of ROKU. The consolidation looks similar to a bull flag and suggests the stock is resting ahead of its next breakout. When it finally does pop, a run toward the $107.34 high could be in the cards.

Unlike its predecessors, Roku doesn’t have earnings until September, so we have plenty of time to bank on its trend continuation.