Stocks are opening the week with record highs in sight. And that makes finding breakout stocks to buy an easy feat. Today’s gallery will feature three such candidates for your consideration.

The Dow was 1.5% from record territory, and the tech-heavy Nasdaq was already basking in new highs.

With the bullishness of the market backdrop, an increasingly high number of stocks are returning to last year’s glory days.

Traders are fond of the so-called “bullish breakout” pattern because it presents an attractive low-risk entry to climb aboard uptrending stocks.

Together, this creates a demand surge that can result in substantial upside follow through.

I’ve scanned the market and found a handful of breakout stocks to buy. Take a look. 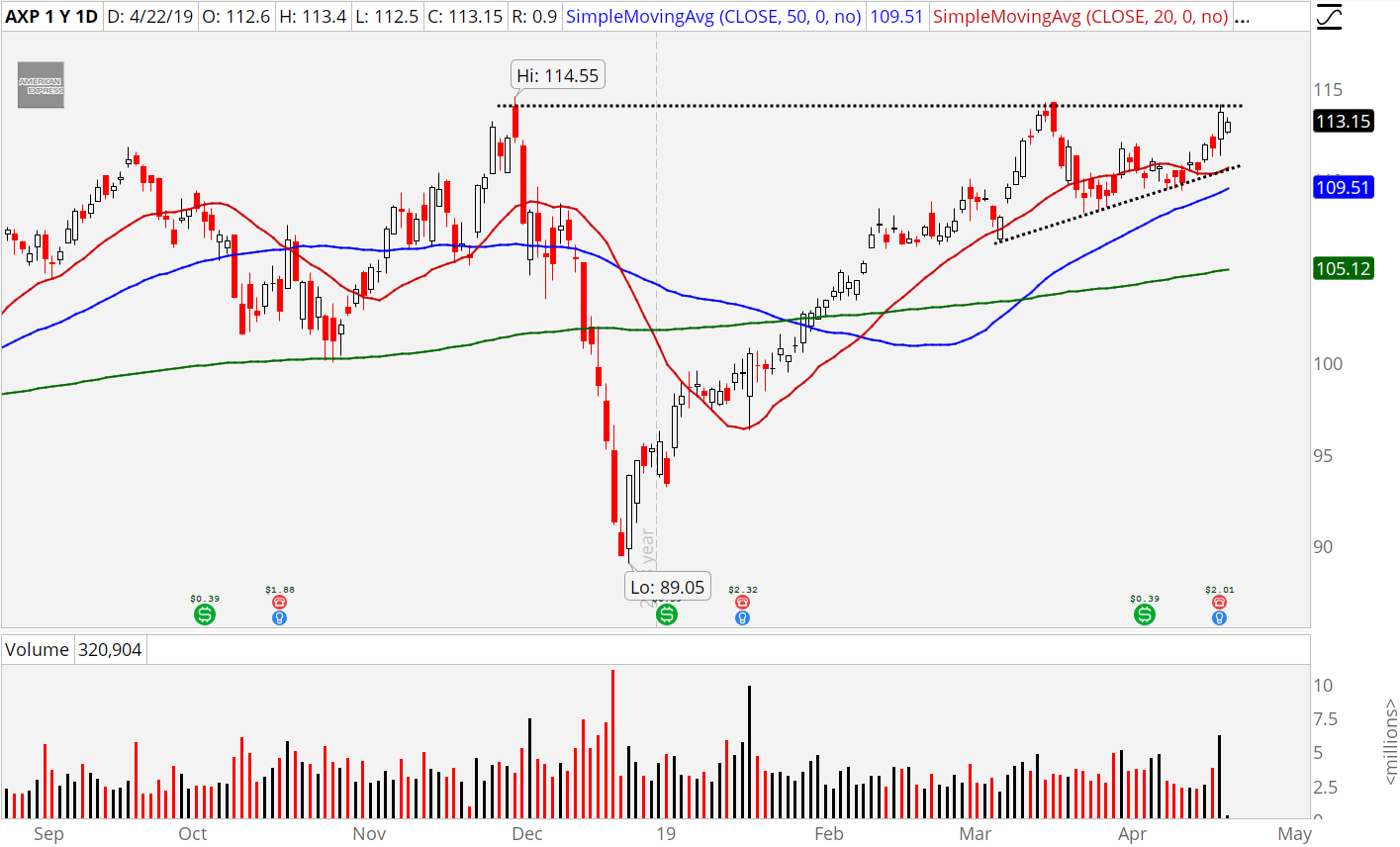 American Express (AXP)
The breakout setup in American Express (NYSE:AXP) is particularly potent due to last week’s earnings release. The numbers were good, and buyers flocked, driving the credit card giant to the cusp of record highs. On the price trend front, bulls control all time frames. The 20-day, 50-day, and 200-day moving averages are all heading northbound.

Thursday’s volume surge adds legitimacy to the rally, showing institutions are lending their support to the breakout bid. Though equities are weak this morning, AXP stock’s down-gap is being quickly bought up. Throw it all together, and I suspect a breach of the $114.50 resistance zone is only a matter of time. 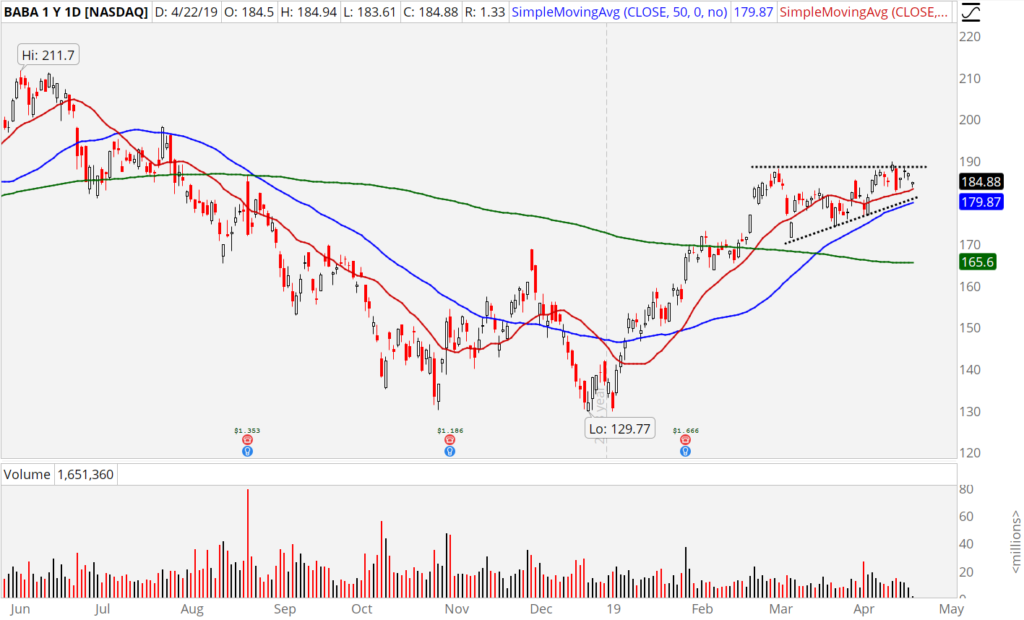 Alibaba Group (BABA)
Chinese stocks are pulling the emerging markets space higher this year. And that has led to some lucrative bullish plays in a few of its more popular companies including Alibaba Group (NYSE:BABA). Unfortunately, overhead resistance has conspired to end the internet giant’s recovery attempts, resulting in six weeks of churn. Multiple attempts to breach $190 have failed, but I think buyers still stand a chance.

The bullish backdrop in stocks coupled with BABA stock’s uptrend still being intact lead me to continue to root for buyers. Fortunately, there’s no need to speculate. Instead, we can simply wait for confirmation that resistance has finally given way and then deploy bullish trades.

If BABA stock trade above $190, then buy bull call spreads. The June $190/$200 should do the trick. Your risk will be limited to the trade cost. 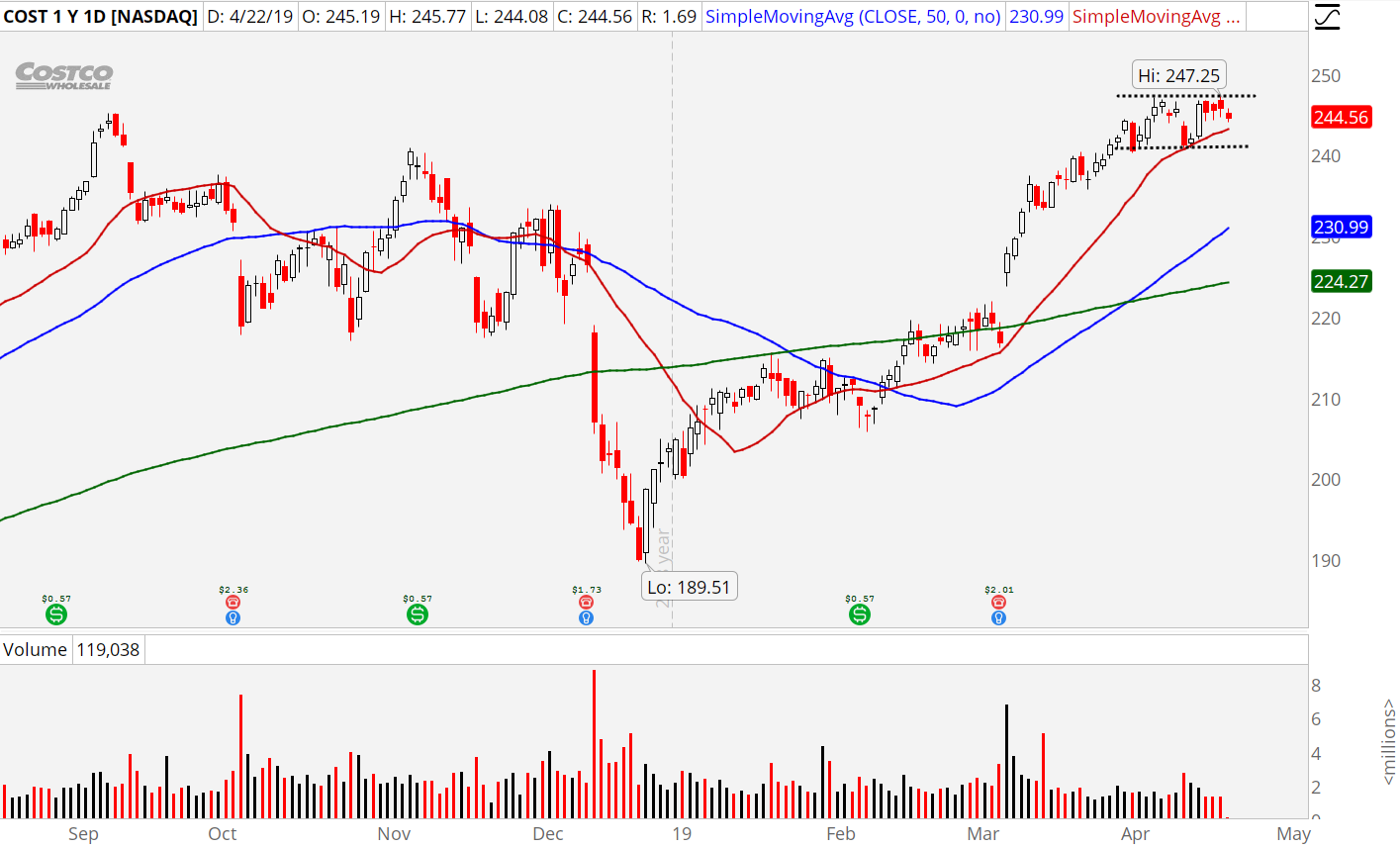 Costco Wholesale (COST)
Spurred by a rousing earnings announcement in March, Costco Wholesale (NASDAQ:COST) shares have been on the rise. The rally was strong enough to vault above last year’s peak to new record territory. Moving averages are rising across all-time frames and should embolden buyers.

Over the past two weeks, we’ve seen resistance form near $247. The pause is more than justified because COST stock had become quite overbought. Consolidation allows the stretched conditions to ease and new, lower-risk entry points to emerge.

While COST stock may need a bit more basing before breaking out, the time to prep trades is now. When COST rises above $247.25, consider buying the June $250/$260 bull call spread.

This Stock is Cheap and Has Big Upside Potential

Upgrades and Downgrades for Monday, 2/24