The indices returned to their winning ways on Tuesday as all four moved higher on the day. The Nasdaq led the way and the FANG stocks helped the cause after Netflix announced a price hike to its services.

[hana-code-insert name=’adsense-article’ /]The sector performance showed eight out of 10 moving higher with healthcare leading the way with a gain of 1.77%.

The other big gainers were an odd mix of sectors.

Those were the top four sectors and the ones that gained over 1% on the day.

On the downside, the materials sector suffered the worst loss at 0.62% and it was joined in negative territory by the industrial sector with a loss of 0.31%.

My scans weren’t as negative last night as they were on Monday, but they remained very much skewed toward the bearish side. There were 94 names on the bearish side and only one on the bullish side. 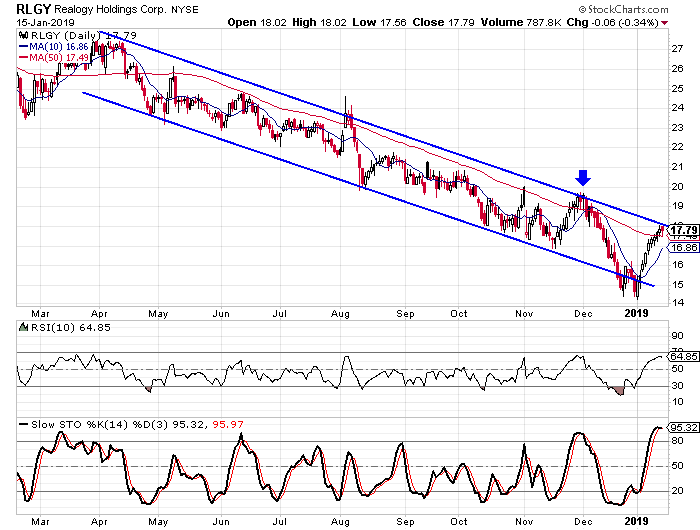 I went back to the chart that I drew in December and updated since then. The blue arrow marks the date of the bearish trade idea. We see that the upper rail has been extended out and the stock is hitting it currently. The stock is also in overbought territory based on the daily stochastic readings and made a bearish crossover just as it did in December.