Stock indices moved higher again on Thursday, making it five straight days of gains. It was a little more interest as stocks had to rally from early losses in order to notch the gains that the indices did.

[hana-code-insert name=’adsense-article’ /]Nine of the 10 sectors moved higher with the industrial sector leading the way with a gain of 1.36%.

The utilities sector was the second best performer with a gain of 1.31% and those were the only two sectors that logged gains over 1%.

The only sector that lost ground yesterday was the consumer discretionary sector with a loss of 0.29%.

My scans turned considerably more negative last night with 80 names on the bearish list and only one on the bullish list. 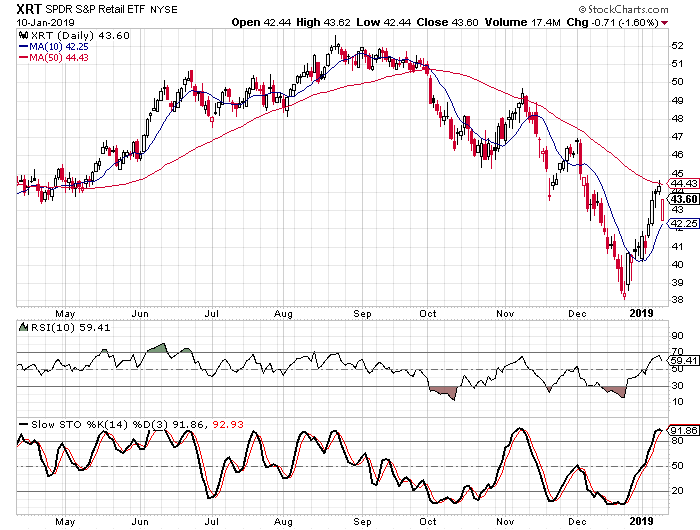 Looking at the daily chart of the XRT you see that the stock hit its 50-day moving average on Wednesday and then gapped lower on Thursday. The moving average also halted a rally in the fund back in early November. We also see that the stochastic readings reached an overbought reading and made a bearish crossover back in November—just like it did yesterday.