Those were the only two sectors that lost more than one percent.

The scans were bearishly skewed for a second straight night and that was enough to push the barometer back in to negative territory.

The one stock that stood out the most was from the bearish list and it is one that we have played before. Altice USA (NYSE: ATUS) appeared on the bearish list again as it did on July 12. The company’s fundamentals are pretty bad with an EPS rating of 24 and an SMR rating of an E. 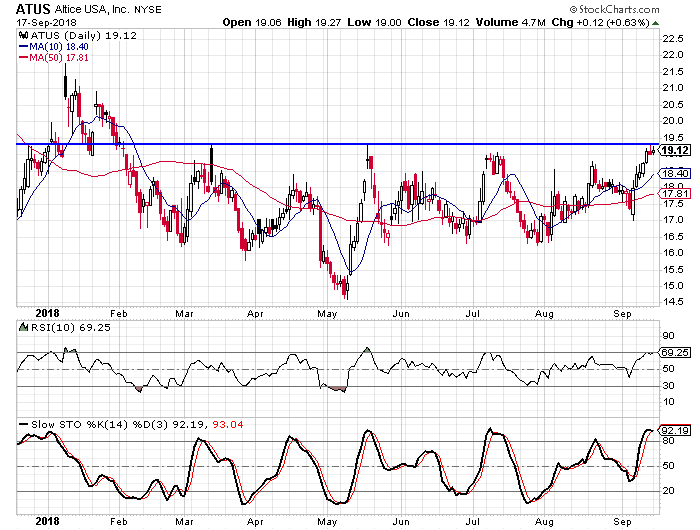 The chart shows how the stock has struggled at the $19.25 level before turning lower on three prior occasions in the last seven months. We also see that the stochastic readings have been in overbought territory and made a bearish crossover in each of those instances.