[hana-code-insert name=’adsense-article’ /]The biggest move to the downside came from the energy sector with a loss of 1.81%.

The tech sector continued to experience selling pressure and recorded a loss of 0.74% as the second worst performing sector.

My scans shifted gears a little yesterday and for the first time in 12 days they produced more bullish signals than bearish signals.

The final tally was 18 names on the bullish side and 14 on the bearish side.

The barometer jumped from -31.9 to -12.4. It is still in negative territory due to some rather lopsided bearish days, but it will quickly move higher as the weighting of those days decline—especially if we get a few more bullishly skewed days. 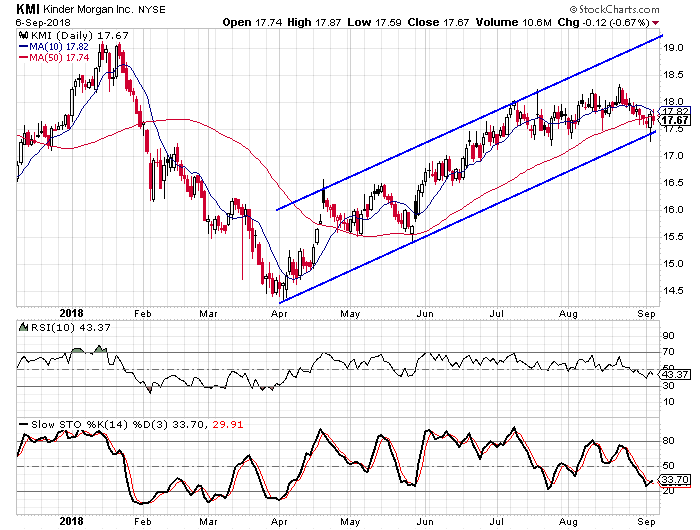 We see that the stock has formed an upward sloped trend channel over the last five months and the stock just hit the lower rail of the channel. To form the channel we see instances where the stochastic readings were at or near oversold levels and then reversed. The move in April was good for a gain of over 14% and the move from late May through early July was good for a gain of almost 17%.