With the losses on the indices being so small I expected the sector performances to be split, but in fact there were seven sectors that moved lower and only three moved higher on the day.

The telecom sector was the worst performer with a loss of 0.89% and it was followed by the utilities sector which lost 0.7%.

My scans produced more bearish signals than bullish signals again on Friday and that is the tenth straight day where that has been the case.

The barometer dropped to a reading of -33.1.

One name on the bearish list that stood out for poor fundamentals and a downward trend on the chart was Nuance Communications (Nasdaq: NUAN).

The software company scores a 32 on IBD’s EPS rating system and it scores a C in the SMR rating. Earnings have declined by an average of 6% per year for the last three years while sales have only increased at a rate of 1% over that same period. 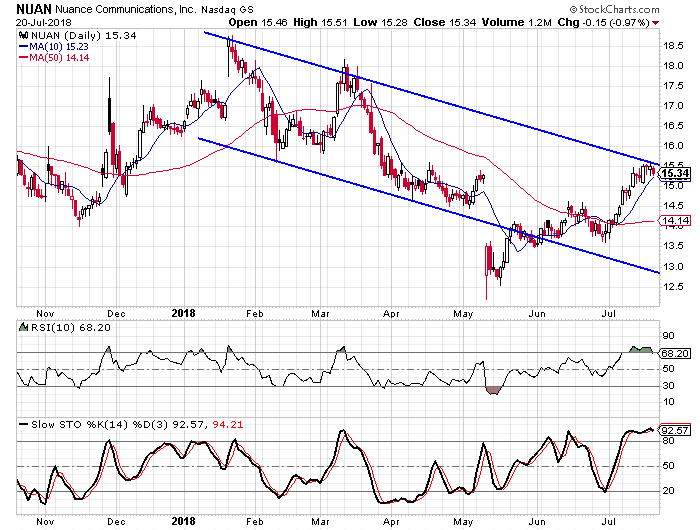 The chart shows a downward sloped trend channel that started back in January. What really caught my eye were the two previous times both the RSI and stochastics were in overbought territory and then reversed. The drop in January/February was 17% and the drop in March/April was 19%.