Nine of the sectors moved higher on Thursday with the consumer staples sector losing 0.13% as the only sector in the red.

My scans remained bearishly skewed last night despite the gains by the indices.

The barometer dipped down to -60.7 as a result.

Despite the barometer reading and the bearish skew from the scans, I felt after three straight bearish trade ideas it was time for a bullish one to keep things somewhat balanced.

Macy’s (NYSE: M) was one of the four stocks on the bullish list and I liked the pattern I saw on the chart. The company isn’t as strong fundamentally as a lot of the stocks we play, but it scores an 85 on the IBD EPS rating. The SMR rating is a C. 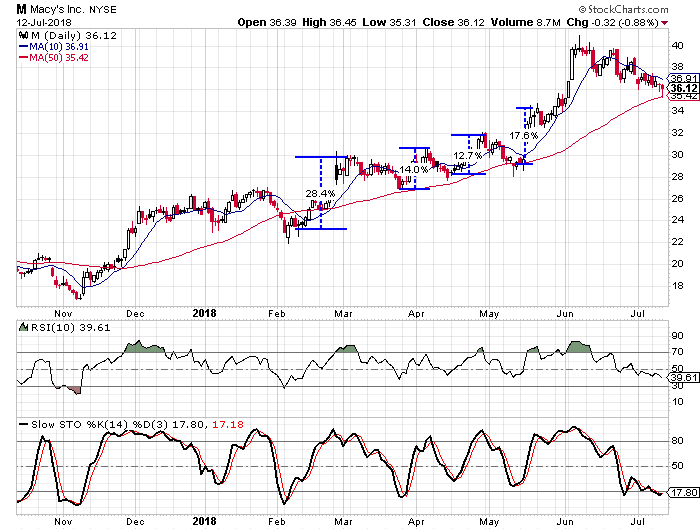 I marked the last four times the stochastics have dipped below 50 and then made a bullish crossover while also being in the vicinity of the 50-day moving average. As you can see the short-term moves in each case are pretty decent. I look for the stock to make another gain of 12% or more in the next few weeks.