The four main indices all lost ground yesterday, but the depth of the losses varied greatly. The Russell was the top performer and only lost 0.04%. The Nasdaq lost 0.28% and the S&P lost 0.4% representing the middle and the Dow got hit hard with a loss of 1.15%. The latest round of tariff proposals had a greater impact on Dow components.

[hana-code-insert name=’adsense-article’ /]Six of the ten main sectors moved lower with the two worst performers being the targets of the latest tariff threats.

My scans shifted a little more toward balanced last night with 20 names on the bullish list and 37 on the bearish list.

The barometer hasn’t been in positive territory since June 6.

The trade idea for today is a bearish one for the third straight day. Dish Network (Nasdaq: DISH) appeared on the bearish list last night and the stock has been trending lower for quite some time now. The EPS rating isn’t too bad at 69 and the SMR rating is a C. There just seems to be too much downside momentum right now. 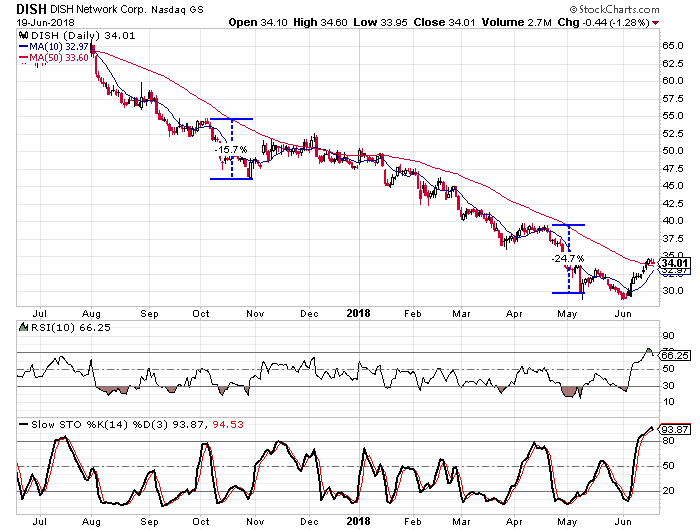