Stocks roared back yesterday and in many cases they made up for the losses on Tuesday and then some. The S&P and Nasdaq both gained more yesterday than they lost the day before, but the Dow didn’t quite make up its losses.

[hana-code-insert name=’adsense-article’ /]All ten main sectors moved higher yesterday with all but four gaining one percent or more on the day.

The telecom sector lagged the others with a gain of 0.33%.

This bullish skew led to the barometer moving back toward a neutral reading at -7.9. That is the least negative reading since May 11.

Worldpay (NYSE: WP) was one of the names on the bullish list and the company has great fundamentals with an 88 EPS rating and an A rating in the SMR category from IBD. 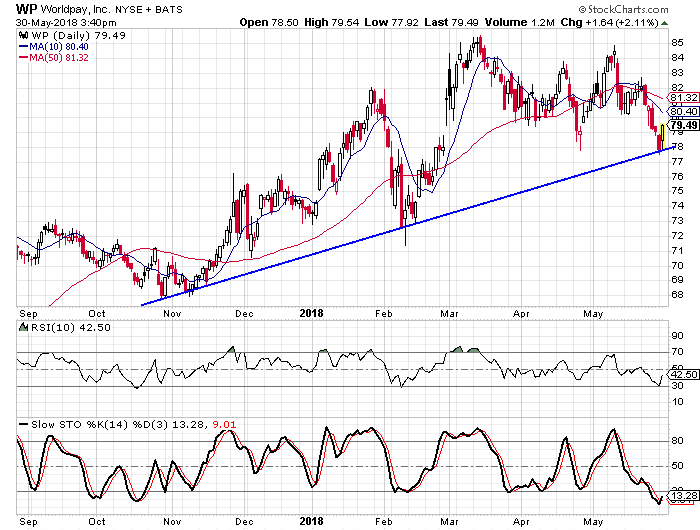 We see on the chart that Worldpay has a trendline that connects the closing lows over the past six months and the stock just hit that trendline on Tuesday. You can also see that the stochastics just made a bullish crossover. I look for the stock to rally over the coming month.