I even noticed stocks within the same sector where one jumped 4% and one dropped 4%.

The energy sector led the way with a gain of 1.56% and the industrial sector gained 1.02% as the second best performer.

The consumer staples sector was the worst performer with a loss of 0.75%.

My scans turned a little more bearish last night with 46 bearish signals and only 11 bullish signals.

The bearish skew caused my barometer to drop to -22.3.

One name on the bearish list was Philip Morris International (NYSE: PM). If you are a regular reader of my articles, you may have seen PM in the trade ideas before as I suggested puts on the stock on January 26 and again on March 8. 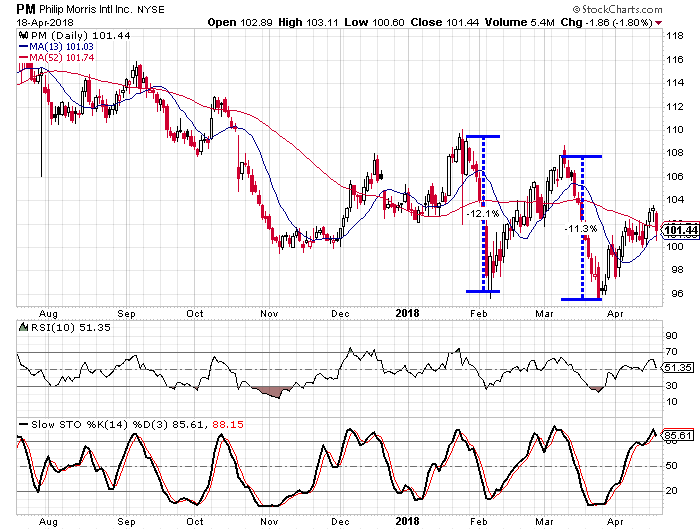 We are seeing the same pattern again and I am looking for another 10% drop or more. The cyclical decline has worked for us before and I am willing to try it over and over until it doesn’t work.