Utah-based company and provider of time management training and assessment services for organizations and individuals, Franklin Covey Co. (NYSE: FC), seems to be gearing up for a surge after a pullback as per its latest charts.

[hana-code-insert name=’adsense-article’ /]This is marked in the chart below in the blue dotted line.

This is a possible sign of an upcoming bullish move.

#2 Above MA: As you can see from the daily chart of FC, the current stock price is trading above both the 50-day SMA as well as the 200-day SMA.

In addition, the short-term MA had recently crossed above the longer-term moving average.

All these indicate a possible upcoming bullish movement. 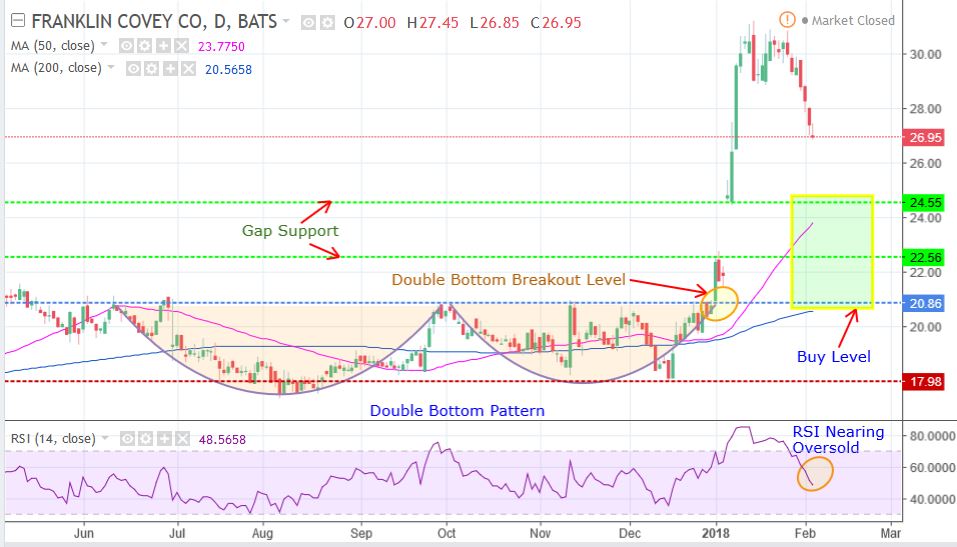 #4 RSI Nearing Oversold: In the daily chart, the RSI is slowly moving downwards to the oversold levels. Once RSI reaches near 30 and becomes oversold, it indicates that a possible reversal is around the corner. 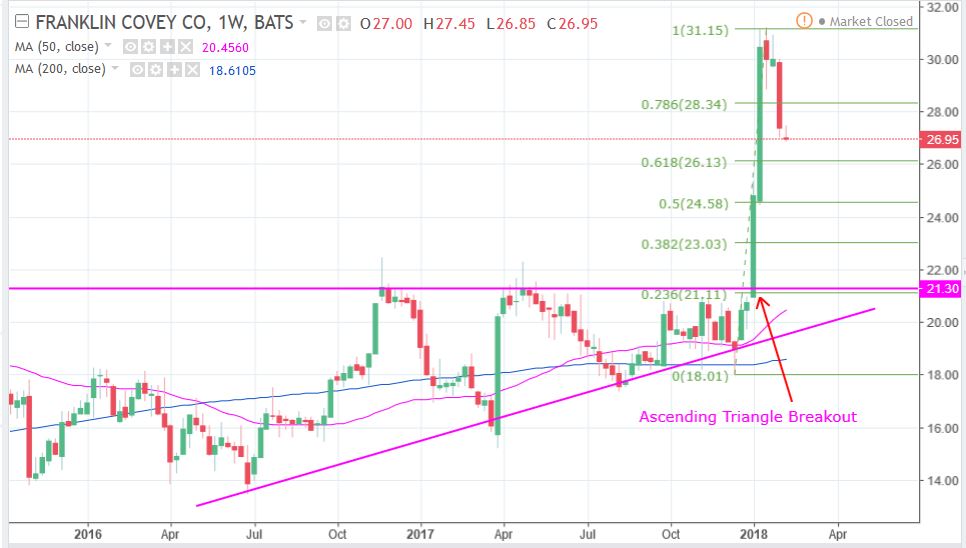 #6 Fibonacci Levels: Usually, after an up-move, stocks retrace to any of the key Fibonacci levels before surging back again. There are many Fibonacci support levels nearby for the stock as seen in the weekly chart.

Buy Levels: If you want to get in on this trade, the buy levels of FC are when it pulls back and reaches between the ranges of $20.85 and $24.60. This is marked in the daily chart as a yellow rectangle.

SL: To limit risk, place a stop loss below the previous low of the weekly chart at $17.80. Note that this stop loss is on a closing basis.

In other words, this trade offers nearly 2X to 6X more potential upside than downside.

Risks to Consider
The stock may reverse its overall trend if it breaks down with high volume from the double bottom pattern and ascending triangle breakout level. The sell-off of the stock could also be triggered in case of any negative news, overall weakness in the market, or any regulatory changes in its sector.